Enjoy your stay, and if you want to register then please do!

We have awesome time here and chat away!

A forum where you can chill out, and hang with friends! xD

Who is your favorite character in the Big Bang Theory

You are not connected. Please login or register 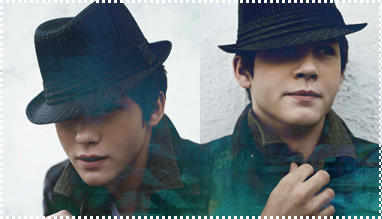 ~Graphic by Arcadia! LOVE YOU!~

Do not own Alice, or Hatter. (Sadly, sniff) my joy of making fan fics is really intriguing to me right now. So please stay with me here. Love you all!


Everyone calls me Mad Hatter? Why?


Well, I know the Hatter part, meaning I always pass the hat. Sharing with everyone. My friends and I have been spying on the stupid (fat ass) Queen since we were little. The old coot said somethin' about a Wonderland ring?

Anywho, I've been beatin' some ass around the clock, at night. Not because of the 'New Order', of the Oysters, but because, I want to belong in something.

This one girl caught my eye though. Brown-blond-curly-hair. Her curls framing her perfect face. Her sincere blue eyes, her... well... everything.

The next morning with a nightmare, the Queen taking over Wonderland was horrible. Everything was in ruins. I mean, everything. And Everybody.
I got up from my warm bed, and checked the cabinets to see some juice. Hah, the only juice I had was from the Oysters that came.

She seemed tensed, and she looked at my chest. 'Crap!',
"Sorry 'bout that, hold on for a second.", I walked up to my room, and grabbed my black v-tee.

I caught her staring at me when I walked down the stairs. "So-ehem- what are you doing here?", I asked casually as possible.
"I needed someone to talk to.", she firmly said.
I crossed my arms, "I haven't heard of your name.", I was playing coy. Smiling at her.
Surprisingly! She smiled back.

Hatter and Alice have been close friends for a few months. Actually too close.

They were laying down, staring at the stars.
"How is your world?", he asked. Glancing at her, although he was seeing black.
She turned her head, leaving the ruffling grass aside, from her itchiness.

"Almost about the same as here.", she giggled.
He got interested, her voice was wise, and beautiful.
"How so?", he eagarly asked, shifting his weight onto his right arm. She smiled in the darkness. Him being so close to her felt... so right.

"Well, we have planes... flying planes.",
He didn't ask what that was, he wanted her to go on.
"good food, getting drunk-",
"Whoa, whoa, whoa! Getting drunk?", he leaned on his elbows now. Smirking, "sounds like fun! Is it drinking?",
She stared at him, like he was crazy. "Of course your drinking! You drink beer, tequila, vodka, liquor, and some other fancy stuff.",
He smiled at her warmly, "You know, I need to take a break from this crazy world. I want to go to yours."

"I got here from the looking glass.", she stated firmly, sounding shy.

He stared at her wide eyed. "Y-you what!?",
"I'm sorry... I didn't-",
"Alice! You shouldv'e told me sooner.", he softly spoke. He didn't want to hurt her.
"Hatter, please listen! The white rabbit made me go through it-"
"Because... you were curious weren't you?", his hands clenched ontop of the grass, tickling his forefingers.

She sighed. "Hatter... I-", she closed her mouth. Alice was falling for Hatter. This time deeply.

Alice turned to him, seeing him such a state, almost losing his mind was making her nervous. "Hatter, I'm the idiot that got here. I made this choice. There is no going back."
He bit his lip, "You never know, Alice. You never know."


Alice woke up, she forgotten she was sleeping on Hatter's chest the whole time. But, atleast he made her feel comfurtable.
She wanted to kiss those parted lips of his. They looked soft, and gah. So kissable!

Hatter fluttered his eyes open, and saw her staring at him, with much intent. "Whats the matter? Something on my face?", he joked.
He always started the jokes in the morning. "Hatter...", she sighed, snuggling closer. Their bodies getting warm, from the misty cold air.

Hatter groaned, his erection in the morning was the most worst thing. And her stomach was... impaling it.

"Erm... Alice, much as I love to...", he tried to sound nice, but his voice was very husky.
Alice smirked, and got closer to his face. "So... you wanna play that game?",
Hatter shook his head, pleading with his bottom lip. "Nope!", she said, still snuggling him.

She brushed her lips on his bottom lips, but then she was feeling something growing from her side.
"Whats wrong?", she played coy.
He eyed her. "Don't play boldly with me.", he drawled.
"Ooooh, sexy... me likey!",
She got on top of him now. "So... Hatter, what do you think of this position?"


BAHAHAAHAH! This is too funneh! <3 Anyways review!

Logan Lerman as Hatter, I can imagine.